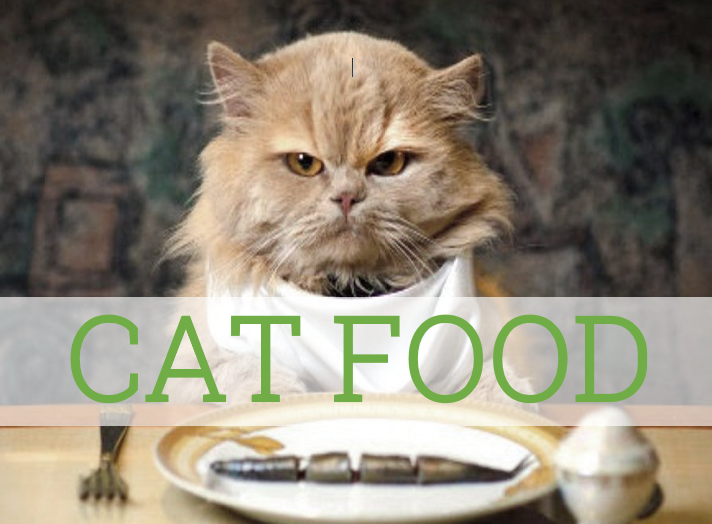 Your cat doesn’t have to live on kibble alone

Recently a friend called me up on a rainy Sunday morning. “I’m out of cat food!” he said. “But I really don’t want to have to go out in this weather. What can I feed the cat?” Well, as it turns out, lots of things.

Most of us are so accustomed to buying pre-made dog and cat food that we forget that pet-specific food is a relatively recent invention. While the first commercial dog biscuits were made in 1860, it wasn’t until the early 1900s that dog food was widely available. The 25 years spanning the world wars and their associated consumer shortages meant there was a growing need to feed pets without taxing the human food supply. By 1947, PG Wodehouse was writing about satirical dog biscuit companies – which was a good indication they’d gone mainstream.

The truth is that it’s fine for household cats and dogs to eat ‘people’ food. (In fact, if you’ve had a pet with a gastrointestinal issue, your vet may have instructed you to feed them a simplified diet of ground beef, rice and cottage cheese.) However, since these days most of us aren’t eating super-healthy diets ourselves, it’s usually better for your pets to eat pet food, since it’s more nutritionally complete (especially if it’s a high-quality pet food). After all, while you may be able to survive a week eating nothing but Starbucks and Thai takeout, it’s really not going to be good for your cat or dog.

What can cats eat safely?

But to get back to my friend and his cat.

I told him there were plenty of things that he could give his cat for breakfast: Eggs, spinach, some of that can of tuna that’d been sitting in the back of his cupboard since he moved – even the leftover homemade chicken noodle soup he brought home from his parents’ house.

Now, it should go without saying that these foods need to be served in appropriate quantities (no cat needs 3 cans of tuna a day) and that food which would normally be consumed cooked by humans (eggs, beef, etc.) should also be served cooked to cats. It’s also important to ensure that your cat, like humans, get a balanced diet (so while it’s fine to give them a scrambled egg for breakfast, they shouldn’t have to live exclusively on eggs).

And of course there are a number of foods that just aren’t safe for cats.

So while my friend opened up the tuna and steamed some broccoli, I sent him this handy infographic to help him remember what not to feed his cat.